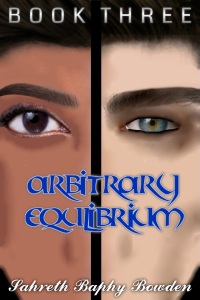 In Malook’s absence, the rebellion moves forward with its plans. While John is focused on the battle and protecting his new daughter, Connie continuously attempts to reconcile their alien friend as a villain. Sulru struggles with his betrayal, seeking to drown him out of her mind with anger so that she may start anew with her past lover, Zofra. Tensions and conflict are on the rise, leaving the entire group in a state of fear and uncertainty…and oddly enough, hope.

But the Empress won’t go down easily. What vile acts will she resort to in order to keep her power? How will the Emperor react? As the rebellion fights for control, new enemies are discovered which divide their attention from the primary goal. Soldiers, citizens, and rebels alike question who is truly responsible for the current chaos of their world and if any of it will be worthwhile in the end. As friends fall and good intentions are challenged, how will Galdelier know which path is right?

BUY EBOOK OR PAPERBACK ON:

See what people are saying about ‘Visitor’s Blood’ book 3:

“The author is an amazing storyteller and easily pulled me into his world, recounting the joys and heartaches that each experience. I struggled with the ending as I wanted to follow their lives further, but the author found a way to ‘close the book’ in a very epic way… the revelation of how much each character came to respect and admire a single individual whose life experiences were hellish, but persevered through those horrors to be the instrument of salvation for all of them. I’m not crying… okay, yeah, I am. Brilliant.” ~Nick Braker, author of the ‘Essence Chronicles’